Works in this book were created from 2014 to 2021. The photographs I used to make them came from my years of collection as well as the camera of my own–the first half was collected and the other half was mostly shot by myself.

It all started when I found that many photos I took in over a decade were so useless. They lied there, without any value, and yet it would be a pity to throw them away. Finally I decided to destroy those useless pieces. The first one was a person’s naked back. I ripped it and the crack happened to break the photo’s inner dull and balanced structure. My action seemed to grant it a new life. It revived. Thus I started to work on the rest ones: scratch, rub, or scrub…Like a surgeon, I operated on those photos. When my own pictures ran out, I collected. Since they all have negatives, I developed them first in the darkroom, put them on the wall and watched over and over again to explore the theatrical structure, or even another space that was hidden beneath. And then I applied more means on those structures and spaces: collage, burn, or combine them with other relevant objects into photographic installations. Soon there was a mode. Among the photos I took and collected, few could be made use of. Almost one from a ten thousand could be developed into a final work. Some took me an instant to find the way to deconstruct them and some took years after I put them on the wall. It was a slow and long-term growth. Most of the time I had to count on patience and luck. Recently I also made some large installations with those photos. They doesn’t fit the layout of this book, so I didn’t add them in. A historical thread emerged when individual pieces were compiled together. The book is edited chronologically.

This kind of creation makes a correct photo incorrect because it distorts original author’s intention. It blurs the boundary between sensory and cognitive experience for images and tries to extend the denotation of the photos. By presenting a way of questioning the relationship between images and their viewers, it produces pictures that disconnect, and unmasks history’s false appearance the photos once brought. 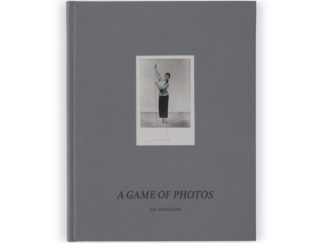